Due to the current unrest throughout the Middle East, Griffin bones have become somewhat difficult to obtain. For that reason this skeleton was fabricated using papier mache.  To insure its integrity I was allowed access to the University of Minnesota Vertebrae collection to examine the structure of actual eagle skeletons.  Based on this research I was able to recreate the bones that comprise the flight mechanism and incorporate them into the leonine frame.

The Griffin may now be viewed at the new location of Springboard For The Arts in St. Paul, MN. 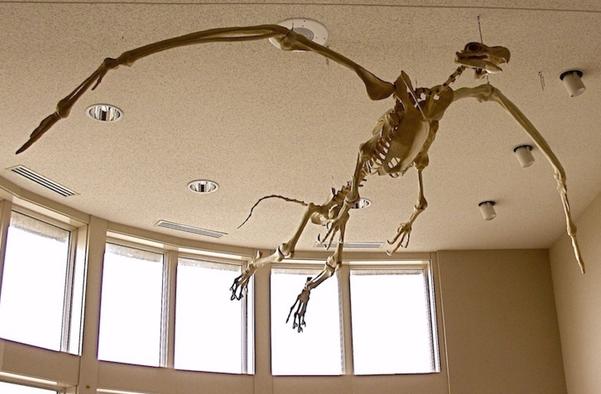 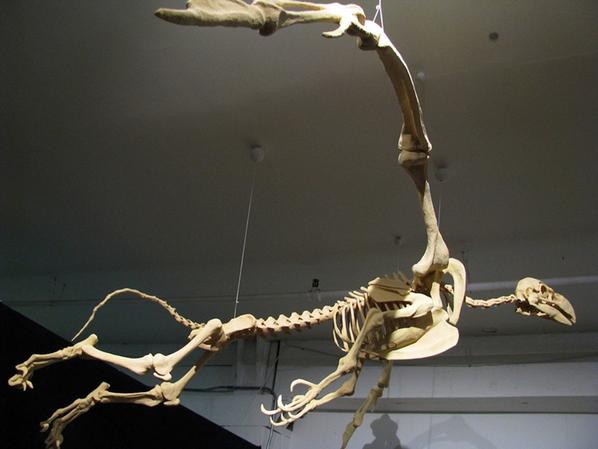 The Griffin ( or Gryphon) is an imaginary creature dating to 8000 B.C. in ancient Mesopotamia (modern Iraq).  The Griffin combines the head, wings and legs of the eagle with the body and rear legs of the lion.  The Griffin symbolizes the golden wealth of the sun as well as the spiritual joining of two opposing forces of nature into a single being.

The traditional artistic depiction of quadrapedal and bipedal mammals in flight is usually accomplished by the simple addition of a pair of feathered wings to the back of the host species, which seem to emerge from the epidermal with no allowance made for the highly specialized osteological and muscular mechanism needed to make winged flight possible.

Designed in 1926 by the German aero-physicist Leo Remke, this was the prototype for a proposed flock of griffin skeletons slated to appear in the J. Erhart Busch film "Der Alter Tal des Gryphon"

("The Ancient Valley of the Griffins") which was never completed.